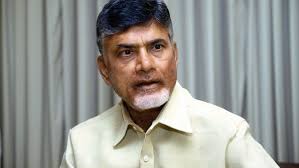 Vijayawada: In a significant development that will have political ramifications, the former Chief Minister of Andhra Pradesh Chandrababu Naidu has been placed under house arrest by the YSRCP Government led by YS Jaganmohan Reddy. His son Nara Lokesh has also been put under house arrest.

The Telugu Desam Party has launched a statewide protest rally against the Jagan Reddy government “Chalo Palnadu” alleging that the ruling YSRCP is targeting the opposition workers out of political vendetta. After being kept on house arrest, Naidu began a fast at around 8 am on Wednesday and will continue till 8 pm. TDP leaders and workers who were trying to go to Naidu’s residence were stopped by police and taken into preventive custody.

Meanwhile, section 144 has been imposed in Narasaraopet, Sattenapalle, Palnadu and Gurajala regions of the state. Police cited lack of permission by the TDP to hold protests and take out rallies. TDP workers from Palnadu have complained that the ruling party government has been targeting them for being in TDP. They have been arriving at the party office in Hyderabad since last week alleging that they had to flee their villages due to attacks by workers of Jagan Reddy’s party.

Andhra Pradesh Home Minister Mekathoti Sucharitha had said on Monday that the government would not allow any attempt by the TDP leaders to disturb peace and tranquillity in the state.

Setback to BJP in WB as Mukul Roy Rejoins TMC

Ghar Wapsi: Many Leaders Who Quit TMC Before Elections Want To Come Back