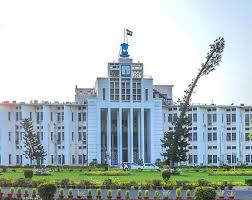 A notification has been issued by the General Administration & Public Grievance (GA & PG) Department in this regard.

1991 batch IAS officers Anu Garg, Madhu Sudan Padhi, Satyabrata Sahu and Vijaya Arora have been given in situ promotion.
These IAS officers are promoted to Additional Chief Secretary rank and will continue in their respective assignments, the notification stated.