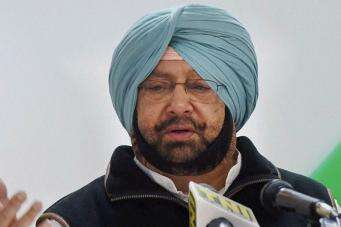 Sidhu had sent his resignation as Punjab minister to the Chief Minister’s home on July 15, but the latter had not accepted it.

The CM saw the resignation letter today in the morning and has sent the same to Governor V P S Badnore for approval, an official spokesperson informed the media.

Sidhu, considered close to Rahul and Priyanka Gandhi, had refused to join the new ministry allocated to him after a state cabinet reshuffle on June 6.

Sidhu was divested from the Local Government and Tourism and Cultural Affairs Departments and was assigned Power and New and Renewable Energy Sources.
As per media reports, Sidhu is  expected to meet Congress leader Priyanka Gandhi Vadra in Delhi.

MS Dhoni opts out of West Indies tour, to work in army regiment for next 2 months