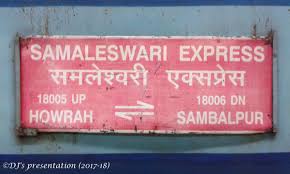 According to the railways only the engine of the train has been affected and the fire brigade was called to douse the fire. But news channels are reporting that the driver of the train might have died or absconded from the accident spot.

Senior officials from Visakhapatnam have already left for the site for rescue operations. Further reports awaited.

From Handling Fani To Implementing KALIA, My Govt Has Kept The Promises: Governor