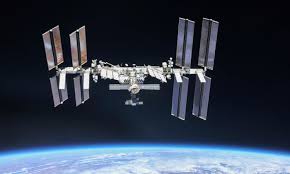 New Delhi: If everything goes well, India will have its own Space Station by the year 2030. Dr K Sivan, Chairman of Indian Space Research Organisation has informed today. Giving a detailed picture of ISRO’s ambitions, Sivan said that a detailed project will be submitted to the Government only after the Gaganyaan Mission.

The modalities for the space station will be carved after India’s first Manned space program Gaganyaan which is scheduled to be launched in the year 2022. Addressing the media on Friday Dr Sivan said “We want to have a separate space station. We will launch a small module for microgravity experiments”.

The Gaganyaan mission is progressing well and on track to be realized by India’s 75th Independence Day. Minster of State for Space Dr. Jitendra Singh has said that the government has approved an amount of Rs 10,000 crore for the Gaganyaan. The government has created the Gaganyaan National Advisory Council consisting of members from various fields to look after the mission and the selection of crew members for the Gaganyaan will begin in six months, the minister said. According to Dr Sivan, ISRO will also associate itself with international space community for a manned mission to moon in the future.