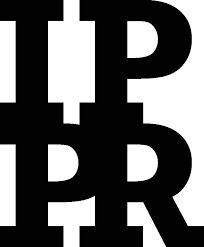 London: Politicians across the political spectrum say they want to end austerity, but this can’t just mean preventing further cuts or reversing existing ones, we must invest in universal public services says the Institute for Public Policy Research (IPPR) in a new report.

IPPR argues that to truly tackle the injustices afflicting society, the UK government should commit to matching European levels of social spending. This requires raising public spending as a percentage of GDP to rise from around 43 per cent today to 48 per cent by 2025.

These measures would imply over £100 billion for additional spending, enabling a potential extra £285 per head on education, £450 per head on health and £930 per person on social protection than under the status quo.
IPPR’s research shows that compared to similar European countries, the UK has lower levels of life satisfaction, poorer health outcomes, higher levels of poverty and inequality – partly as a result of lower levels of social investment. The report argues that to tackle these injustices, reversing cuts to funding over the past decade will not be enough, there must also be significantly more public investment.
The IPPR report therefore argues for the UK to become an ‘investment state’ with public spending matching our European competitors. IPPR says that this additional public spending should be invested in universal public services aimed at fixing four killer social deficits:

• Care deficit – End the care crisis by introducing universal free childcare (costed at an extra £2.5 billion per year) and the introduction of free personal care for the above 65s (costing up to £8 billion more a year).
• Skills deficit – To prepare for the changing world of work and the introduction of new technology, the report calls for investment in both the further education (FE) and adult skills systems. This includes increasing funding by £2.7 billion for FE and sixth forms to reverse cuts and raise spending.
• Public health deficit – Health inequalities are growing and people are living longer in ill-health. The report proposes that at least an extra £1 billion per year should be spent on public health by the end of 2023/24 and an additional £2 billion per year by 2023/24 on mental health treatment to deliver parity of esteem.
• Welfare deficit – The social security system has become unreliable with poverty for both children and pensioners rising again. The report argues for an immediate reversal of cuts to Universal Credit – as well as reform to child element and second earner work allowance (cost up to an extra £10.5 billion per year)

To make these universal services possible, the report makes the case for fundamental changes in tax policy. To achieve equal spending with comparable European countries, an additional £56 billion per year in taxation is needed by the end of this parliament, rising to £102 billion by 2025 at the point of convergence.

The report argues that in the long run, only broad-based tax increases will make these changes possible. However, it recommends that policy makers begin by prioritising tax increases on the wealthy – to ensure they pay a fairer share before others are also asked to contribute more. This is both fair and required in order to win support for higher taxation among those on middle incomes, it says.
The report draws on previous tax reforms suggested in the IP mission on Economic Justice that could raise up to £57bn billion per year. These measures include more progressive taxation on income; taxing income from wealth, such as assets, the same as income from work; introducing a lifetime gift tax; replacing council tax and stamp duty with an annual property tax and increasing corporation tax to 24 per cent.
Overall, the report makes the case for a shift towards universal public services. In return for putting more in, everyone will benefit from access to better quality public services. Crucially the principle that underpins the NHS – free at the point of need – will be expanded to other areas, like care and skills.

Harry Quilter-Pinner, IPPR Senior Research Fellow and lead author, said: “Ending austerity must be more than just a soundbite for politicians seeking re-election. We can achieve and must invest more to create ‘Scandinavian’ style welfare state. This will require everyone to pay in more, but in return everyone will get more out. This would take the principle of ‘taxpayer funded but free at the point of need’ from our NHS and spread it to other public services – starting with child care and social care”.

Dean Hochlaf, IPPR Researcher and co-author, said: “We urgently need a bold new approach to our welfare state, with more investment in care, skills, health and welfare. Funding this however will require a more sensible approach to government debt and a more progressive approach to taxation. This will not only ensure we deliver social justice but drive greater economic prosperity as well.”
Clare McNeil, Associate Director for Work and the Welfare State, said: “Politicians are debating ’ending austerity’ as though there is a consensus on what this actually means. It is not enough to simply reverse the cuts of the past decade. Ending austerity means every citizen having access to high quality public services that bring us in line with other comparable European countries, rather than drifting ever closer to the US.

“We need more honesty from politicians across the board on their fiscal policies for delivering the public services people want and need.”