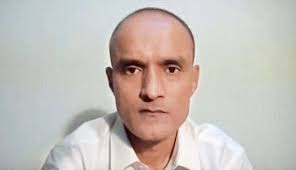 New Delhi: In a major development, the International Court of Justice based in Hague, the Netherlands, has asked Pakistan to review its decision of death sentence to Indian national Kulbhushan Jadhav . The Court has directed Pakistan to provide effective review and reconsideration of his conviction and sentences facing execution on charges of spying. It has also directed Pakistan to provide him consular access. The move is seen as a major victory for India with 15 members supporting India’s stand in the Court.

With this verdict, The ICJ has put on hold Kulbhushan Jadhav’s execution ordered by a military court in Pakistan. The Court ordered that Jadhav’s death sentence should remain suspended till Pakistan reviews and reconsiders the conviction in light of Pakistan’s breach of Article 36(1) of the Court that includes denial of consular access and notification.

According to the Court, Pakistan violated Jadhav’s elementary human rights and that based on the evidence collected there is no doubt that Kulbhushan Jadhav is an Indian citizen.